Two new community share offers were launched in North Wales over the weekend.

YnNi Padarn Peris and Ynni Ogwen are community organisations that have been set up to capture the power in their local streams and rivers for the benefit of the communities around Llanberis and Bethesda. After many years of hard work putting licences and permissions in place, a process supported by Robert Owen Community Bank, the two groups are finally in a position to build their schemes. Their plans, and an invitation to invest, were revealed to a large audience of local and interested people at two events held on Saturday, 27th February. The local AM, Alun Ffred Jones, Chair of the Welsh Assembly’s Environment and Sustainability Committee, was on hand to offer his encouragement to the groups in their endeavours.

The scheme in Llanberis is for a 55kw hydro on the Afon Goch, one of the many streams that run down from the Snowdon massif into Llyns Padarn and Peris. The first of what the group hope to be a number of schemes in the area, the total amount of finance they are seeking to raise is £250,000, though the scheme will go ahead with loan finance if a minimum investment of £100,000 is reached. Shares cost £1, with a minimum investment of £250 (maximum £20,000), and it is expected that the scheme will be in a position to pay a 3 – 5% dividend per annum on shares from the second year onwards. Each shareholder becomes a member of YnNi Padarn Peris, with an equal say in the management of the company. The surplus profits from the scheme will be put into a community benefit fund that is estimated to raise in the region of £300,000 over the first 20yrs of operation of the scheme. This money will be used to tackle fuel poverty in the area, support education projects around climate change and benefit other local charities.

Two hours later on the other side of Mynydd Llandygai, it was the turn of Ynni Ogwen to tell a packed audience about their scheme, based on the Afon Ogwen just outside Bethesda. The Ogwen is a bigger river than the Afon Goch, and the scheme here is larger, with a peak output of 100kw. It is also a more expensive scheme, coming in at a total finance requirement of £520,000. Again, the group would like to raise as much of this finance as possible from community shares offered to individuals and organisations, with the project going ahead if a minimum of £160,000 is raised. Shares in Ynni Ogwen cost £50, and there is a minimum holding of five shares (£250). The dividend will start at 3% pa, rising to 5% the longer the shares remain in the company. The community benefit arising from the scheme over the first 20yrs of operation is estimated to be around £450,000.

These share offers are something of a test case. They are first to be launched in Wales after the UK Government removed the right to Social Investment Tax Relief (SITR) on investments in community energy schemes. The schemes are therefore seeking to attract investment primarily upon the merits of what they are trying to achieve and the local benefit they will deliver; although a 3 – 5% return on shares still represents a good return on investment in the current climate. Groups all over Wales will therefore be watching the results of these share offerings with interest, as the future of community energy depends in large part on a positive response.

The shares in both schemes are being offered on the online Microgenius community share platform. Further information on the offers can also be obtained direct from Ynni Ogwen and YnNi Padarn Peris.

Robert Owen Community Banking is proud to have played a part in getting the two groups to this stage, and we will continue to be on hand to offer support with contingency and bridging finance if and when needed as the two groups push ahead with the installation of their schemes. We will keep you updated on progress over the next couple of months. 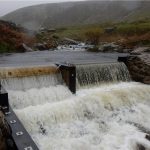 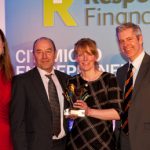